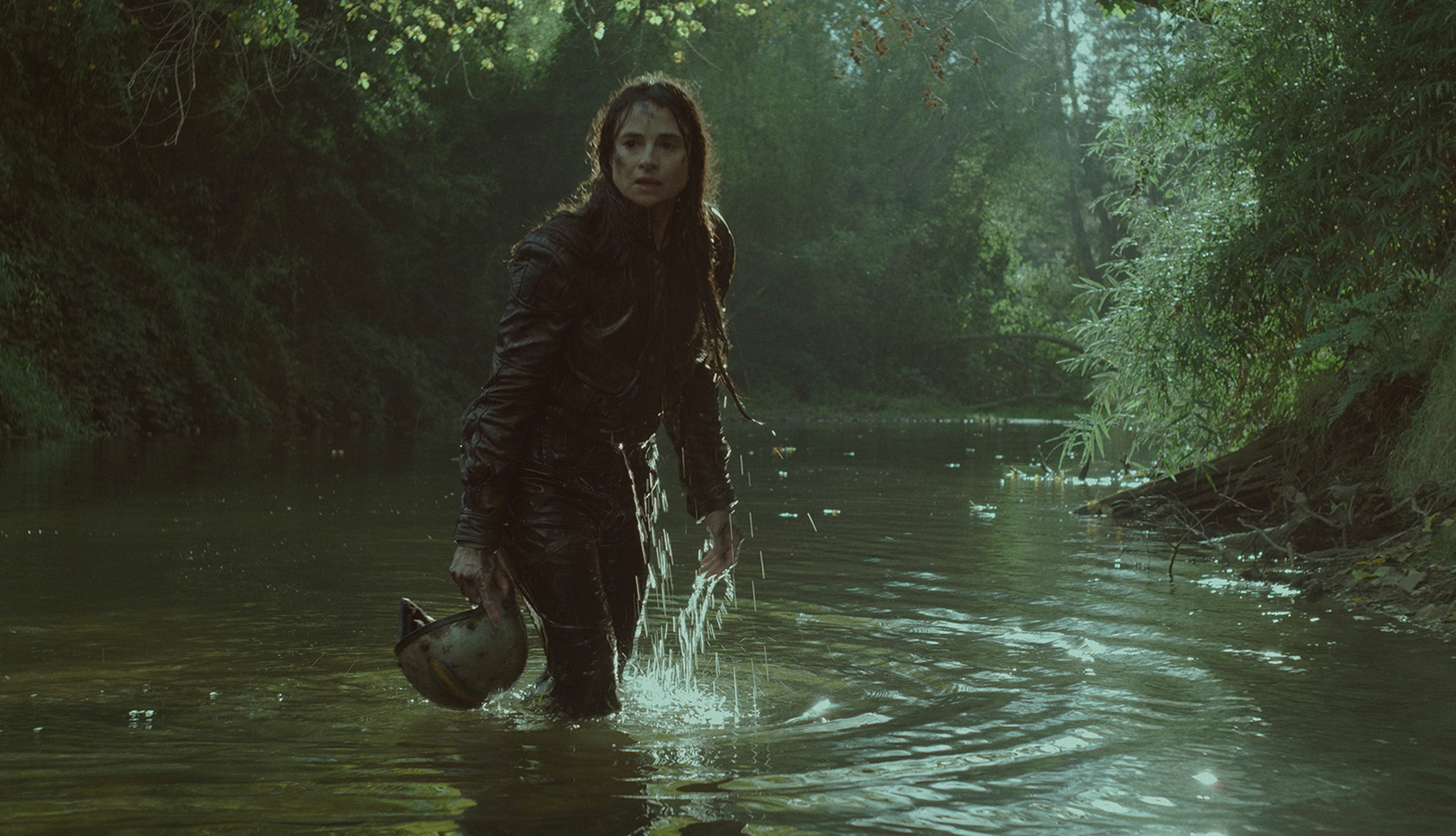 The Cow Who Sang a Song into the Future

When thousands of fish die in a polluted river in southern Chile, Magdalena, a woman long-deceased, emerges among their corpses. She encounters her widowed husband and sends him into a state of shock, prompting the return of their daughter Cecilia. As the past comes into focus, the mother and daughter are met with a chance to change the future.

In southern Chile, near a river where fish lay dead in droves due to factory pollution, Magdalena returns from the dead. Her husband collapses from a heart attack, which causes his daughter Cecilia to return to her hometown with her children. Staying at her brother’s house, Cecilia dwells on her memories and is lost in love and hatred for her mother. Magdalena wanders around them like a ghost, and as she and Cecilia face each other at last, long-buried family secrets resurface.
A dreamy landscape of southern Chile with an eerie atmosphere is visible among death and resurrection. A work that delicately depicts the conflicts and interests in mother-daughter relationships across three generations through a fairytale-like narrative is the feature debut of Francisca Alegría, who has also drawn attention at Sundance. [CHOONSAM, Cinefemme]