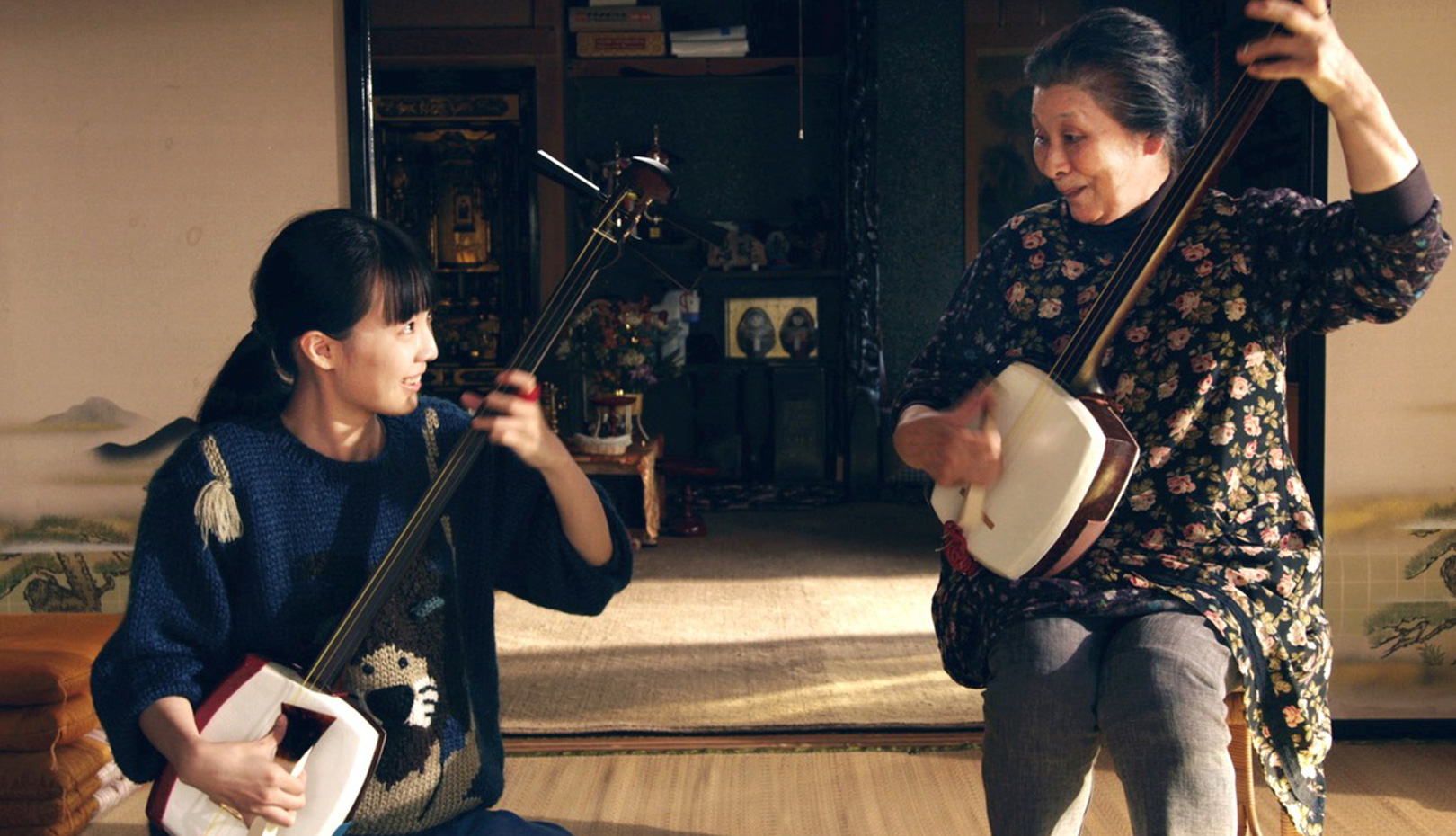 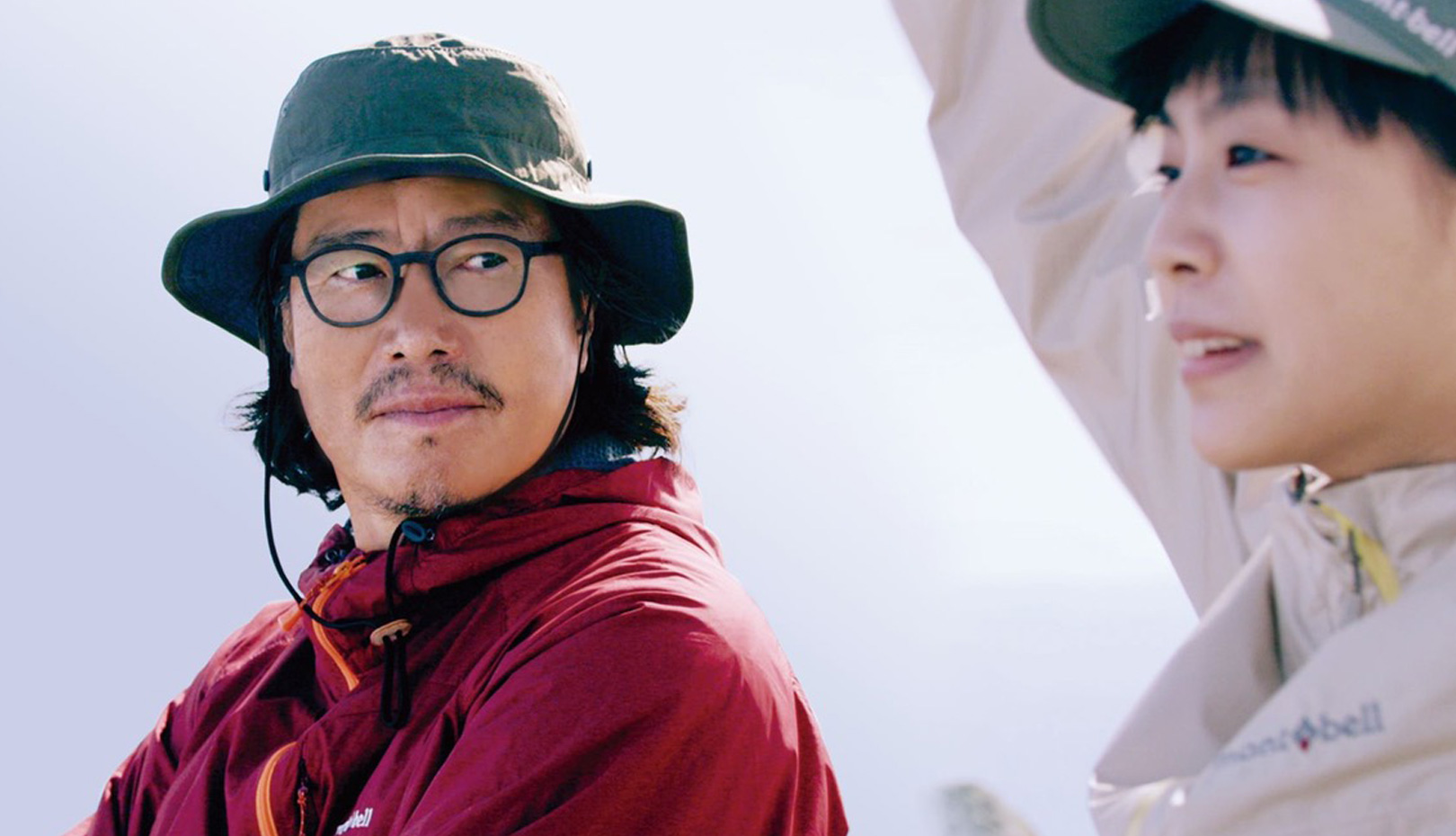 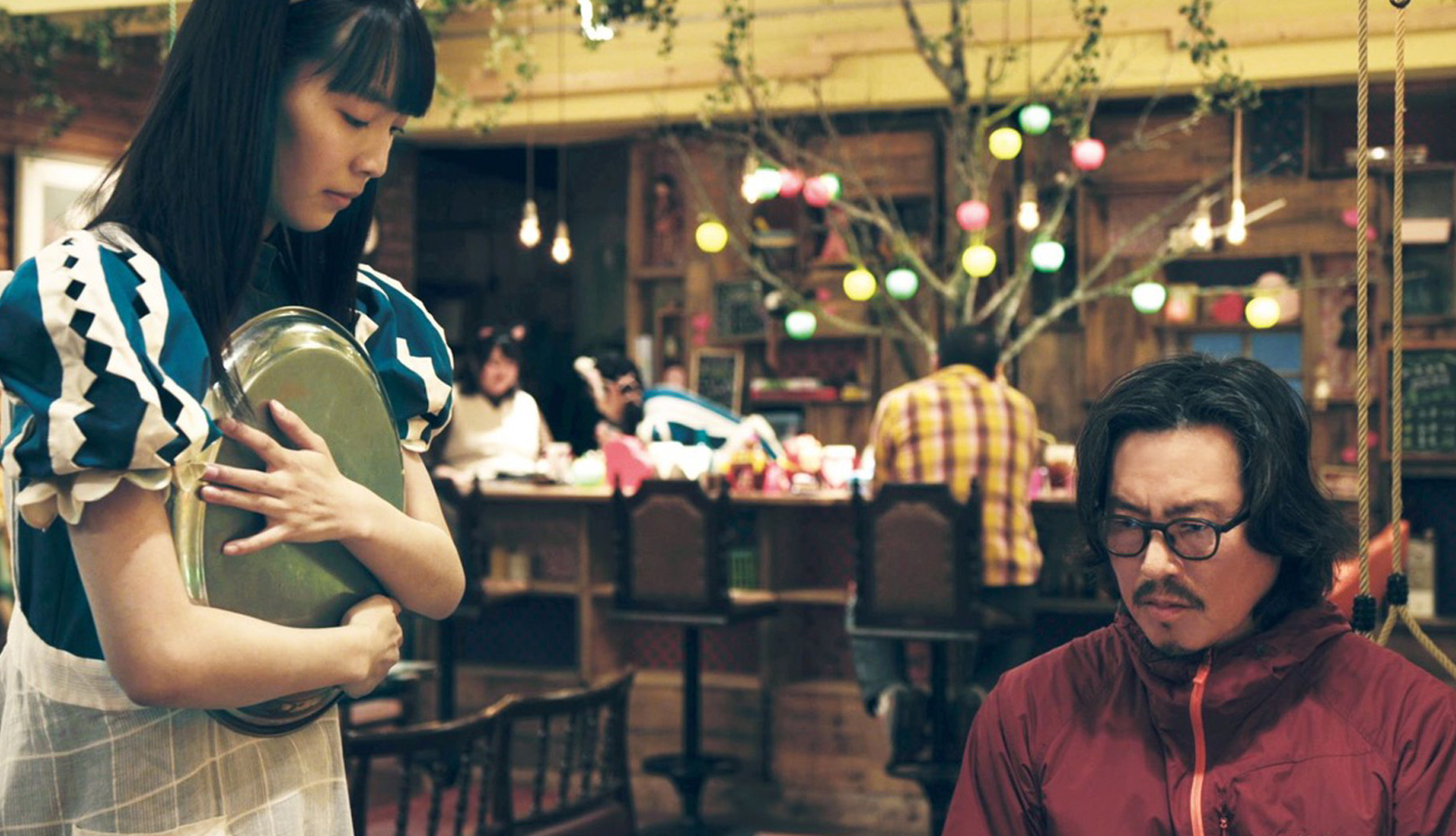 Ito, a high school student in far north Tsugaru, plays the Tsugaru shamisen as a hobby. She learned it from her late mother, a master player in her own right. While Ito can express herself through music, talking is a little harder due to shyness caused by her strong Tsugaru dialect. So she has a few friends, but has a strong inner spirit which leads her to take on a big challenge — working at a maid cafe.​

As always, Yokohama Satoko's fourth feature film is, again, set in Aomori, the director's hometown which is famous for apples. Most of the actors in this film are from Aomori as well. Ito, the lead role of this film, lost her mother at a very young and lives with her father and maternal grandmother. Ito, a (seemingly average) high school girl, in fact, isolates herself from her grandmother and father, who keep silent about her mother. Ito thinks the absence of "my history" is due to the absence of memories related to her mother. Ito’s history is established by the stories of various people and the place called Aomori, which get united in a spatial-temporal continuum created by Ito’s shamisen performance. This film pushes Ito into a "Maid Cafe" where various stories of many and unspecified persons can gather. The director carefully revised a significant part of the original manga, which allows the audience to see this place as a space accessible to each history. Yet, Ito "looks back" in the ending scene. Has Ito's world gotten a little better? [LEE Yumi]