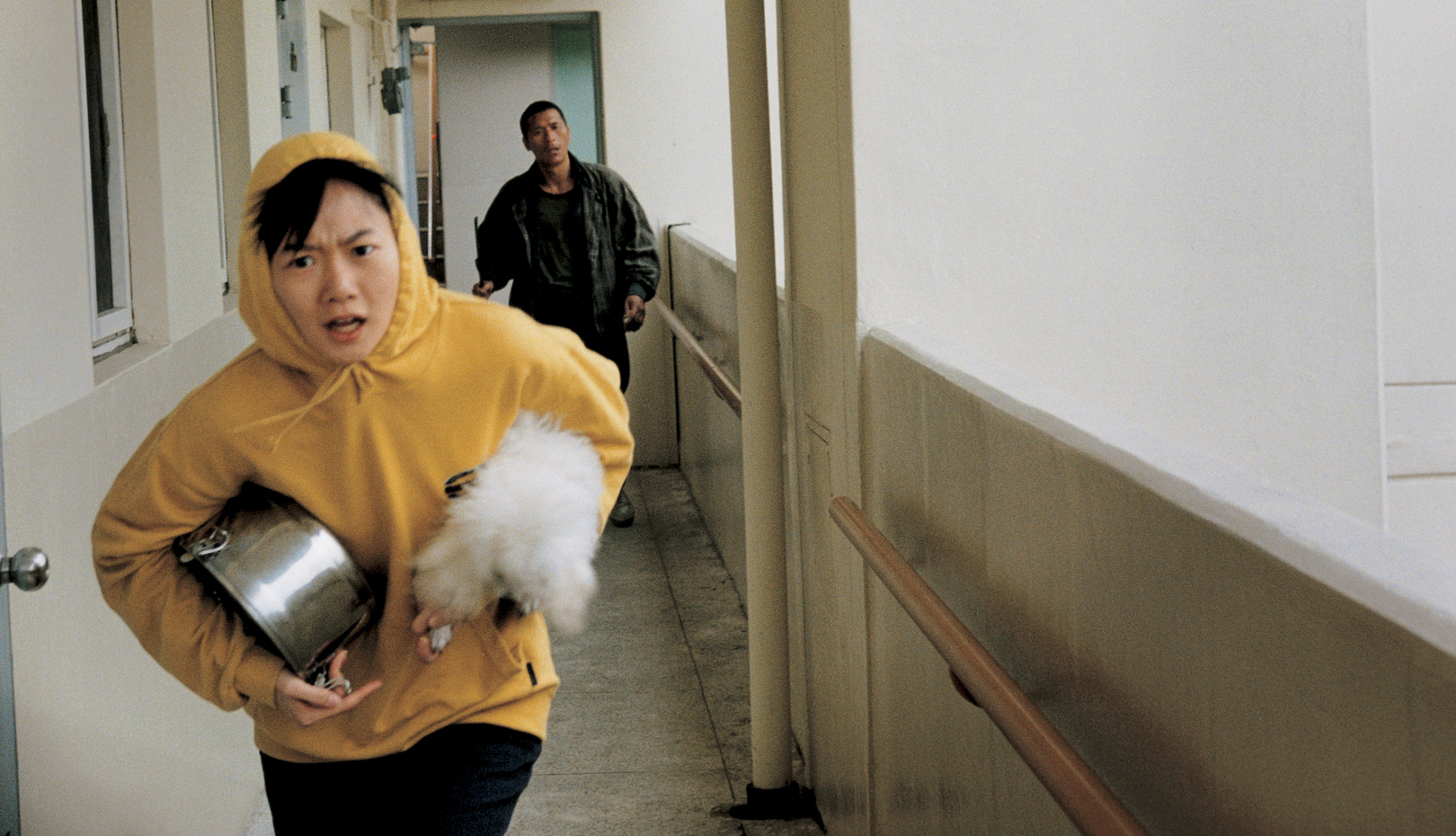 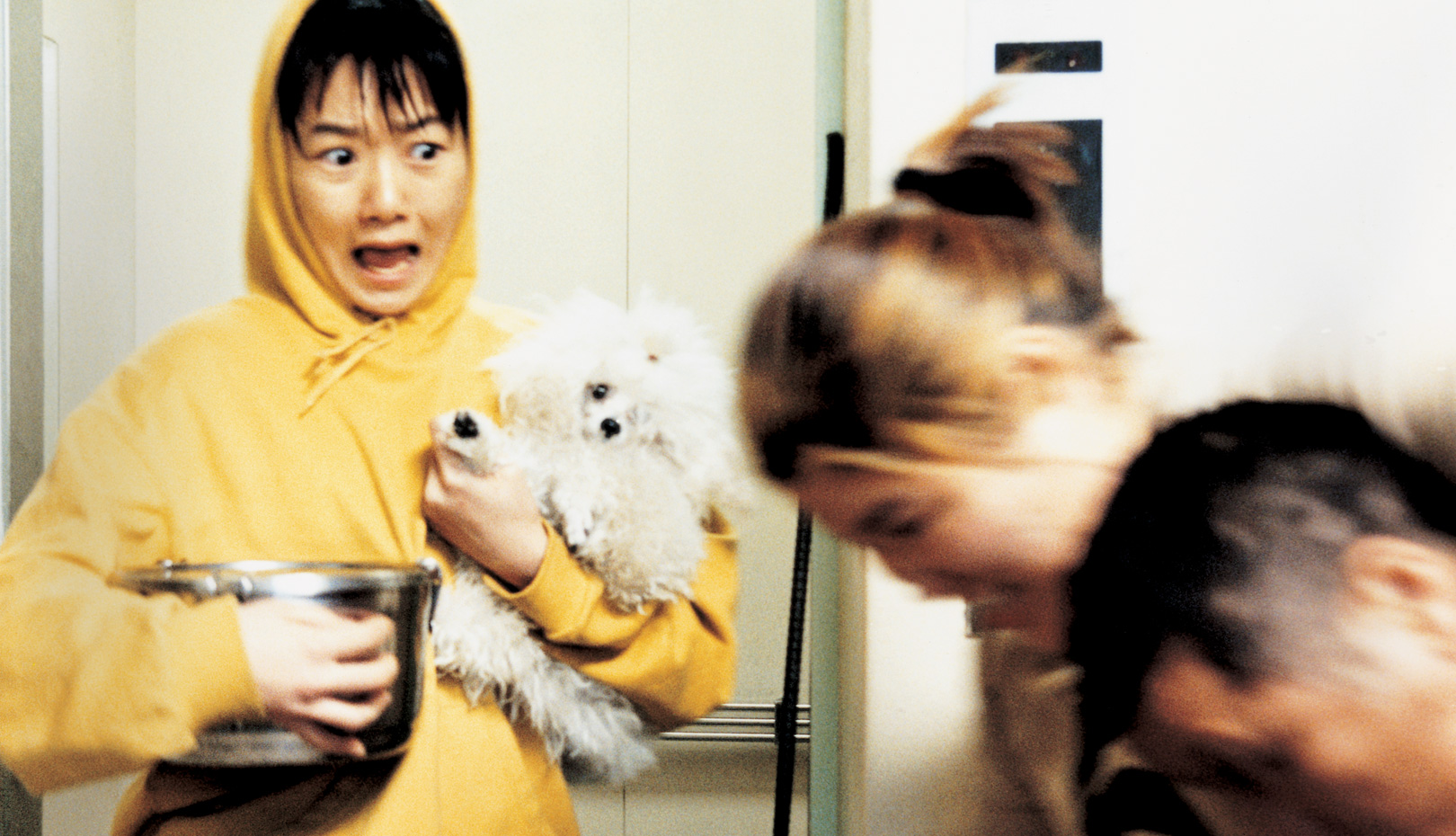 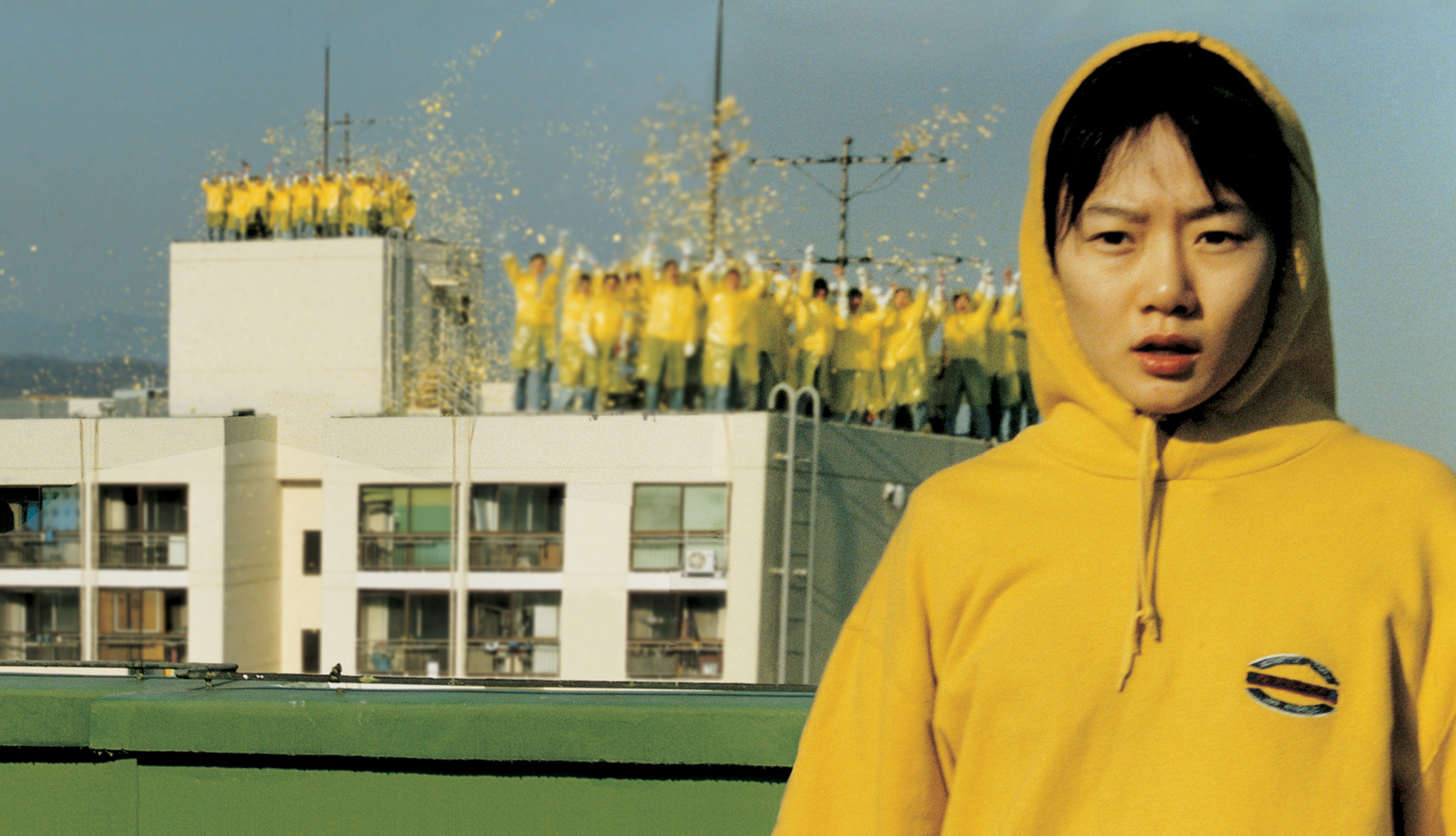 Yoonjoo is becoming hypersensitive to a dog's barking coming from somewhere in his apartment complex. So he dognaps and imprisons the dog and throws another dog from the roof. Hyun-nam, a bookkeeper of the apartment, struggles to search for the missing dog because the dog was the only family of an old lady.​

Bae Doona’s real characteristic, which is a disposition to remain rather aloof, suits perfectly with her character Hyun-nam in the film Barking Dogs Never Bite. In this film, which is about an unexpected chase between people who are excluded from the mainstream society, Hyun-nam, works at an apartment management office and is bored. Hyun-nam appears silly from the first appearance, and what makes her enthusiastic is some sense of justice and love of fame she has. She accidentally becomes a witness of the disappearance of a dog and sets the goal of being a friendly neighbor and a righteous citizen. Although Hyun-nam, who was running while wearing a yellow hoodie, achieves something, it is not the ending she wanted. Hyun-nam starts with good intentions but misses her step, and Bae Doona plays it with loose but with clear sense of rhythm. The film begins with a blurred figure of Yun-ju on the phone and finishes with Hyun-nam’s figure. When Hyun-nam, who was walking in the woods, suddenly turns a mirror towards the audience so that it reflects us, she is asking us to find ourselves in this bustling landscape. This film is also valuable in that Bae Doona, who has since given an impression that she has transcended nationality and existential meaning through a number of characters, played a woman with contemporary dailiness. [LEE Eunsun]