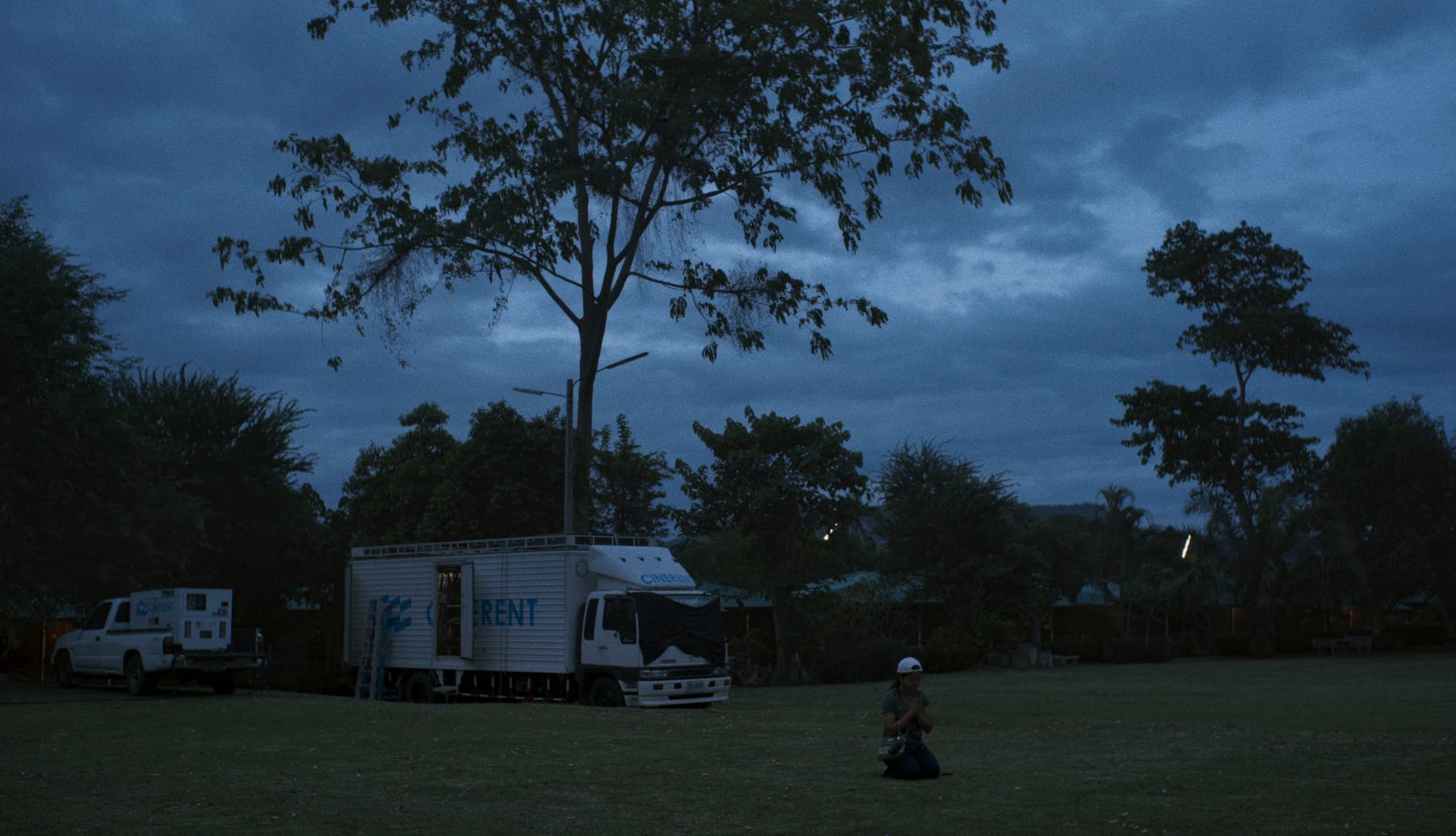 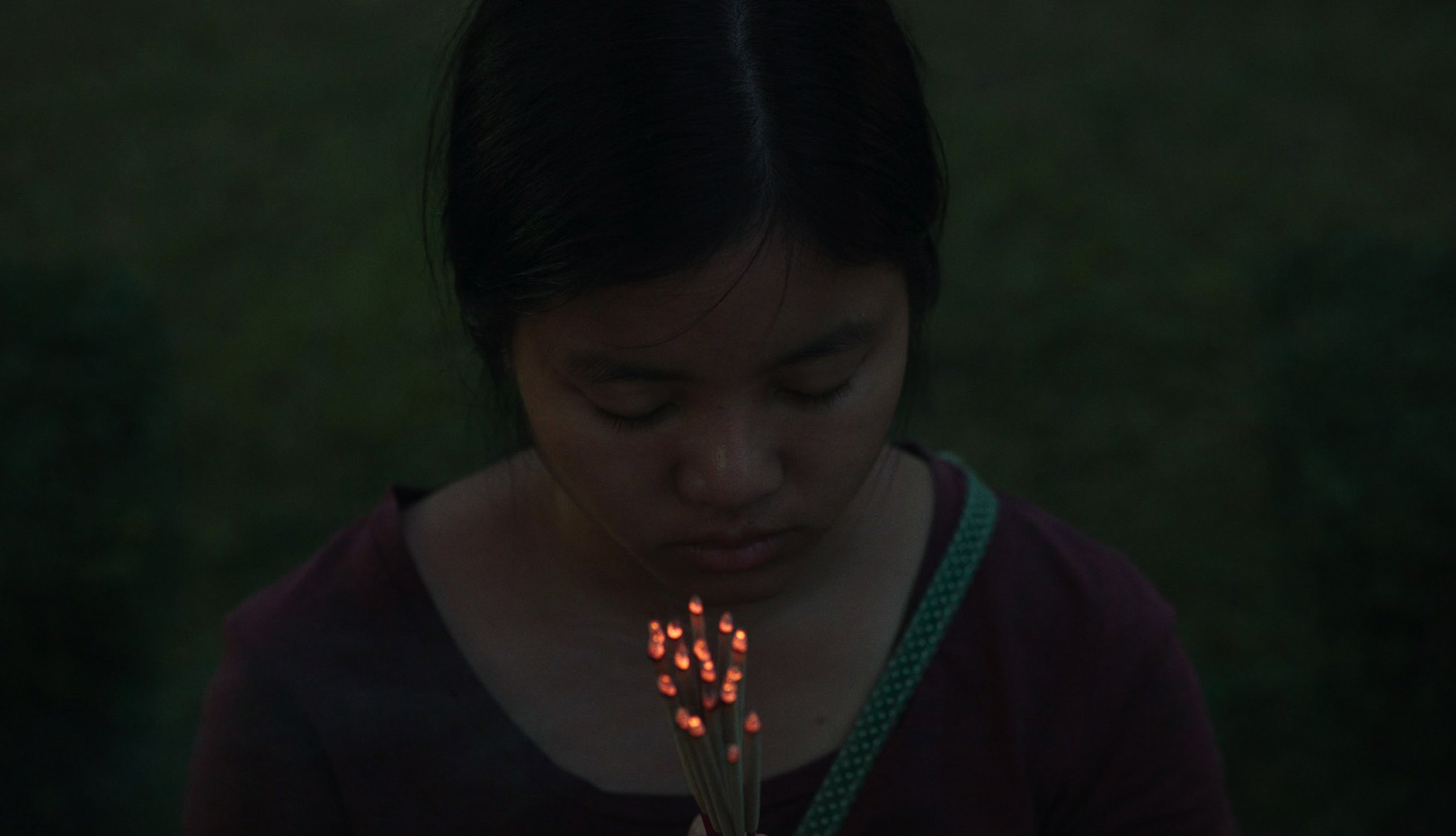 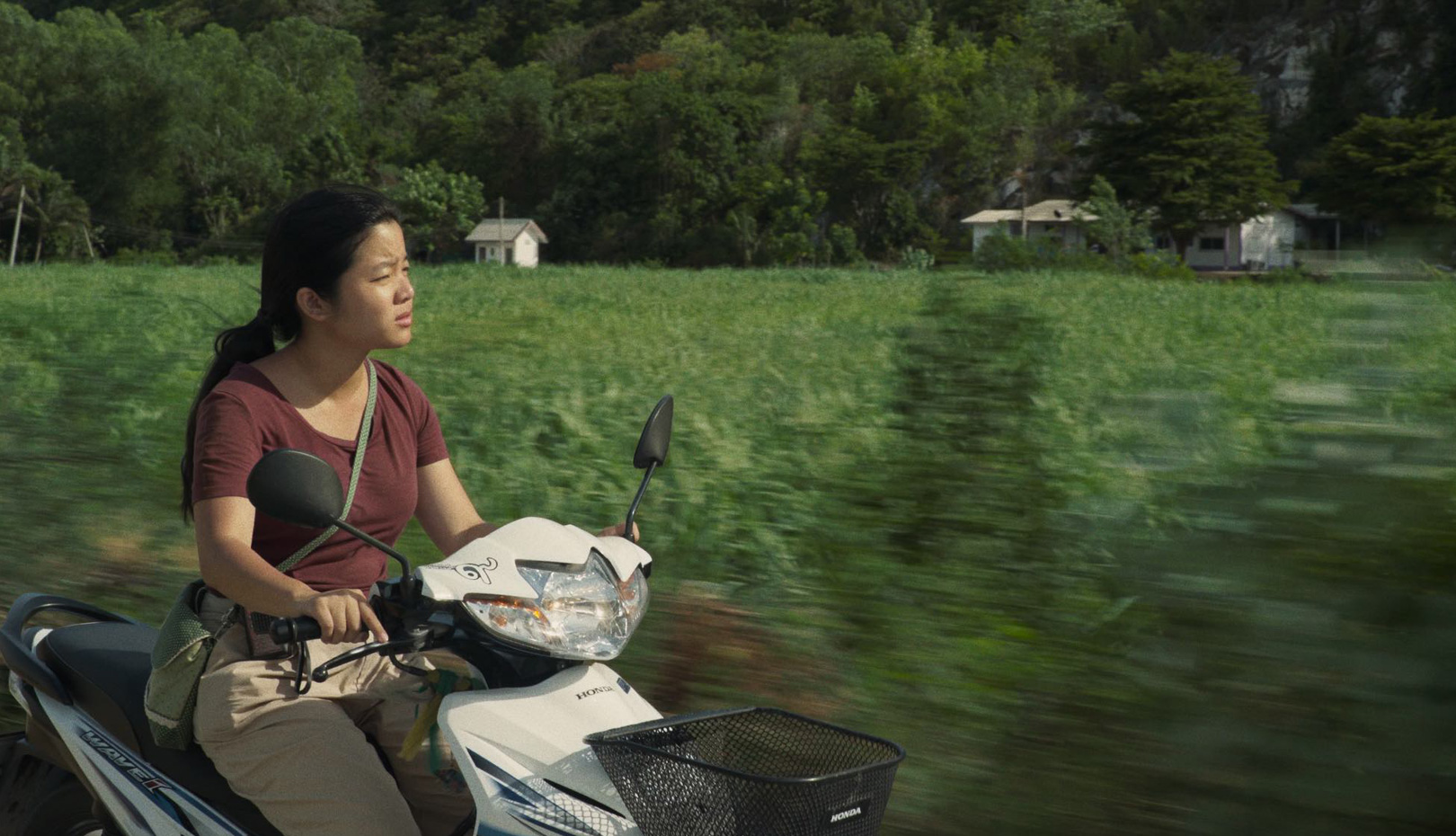 According to Thai superstition, a virgin can ward off rain by planting lemongrass upside-down underneath an open sky. A young production manager on a film set is tasked to carry out this tradition.​

A woman earnestly praying for something on a dark night. It seems like the beginning of a typical Thai horror film, but soon the audience realizes that it happens in another film's shooting site. While watching the shooting site which gets sometimes busy, and sometimes not so much, whose wind and moisture almost get tangible, the audience faces a moment as cool as the rain that is pouring down. Although the content of the film is fiction, the film within the film is the actual filming scene of Anocha Suwichakornpong's Come Here (2021). [HWANG Miyojo]