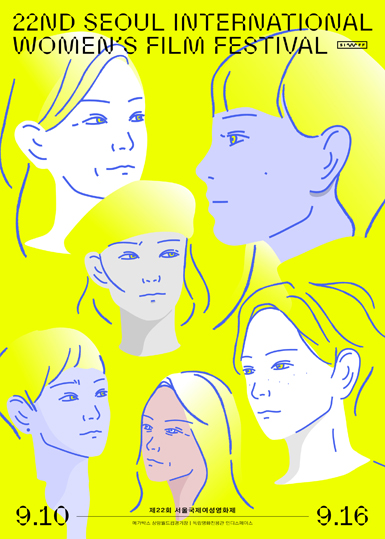 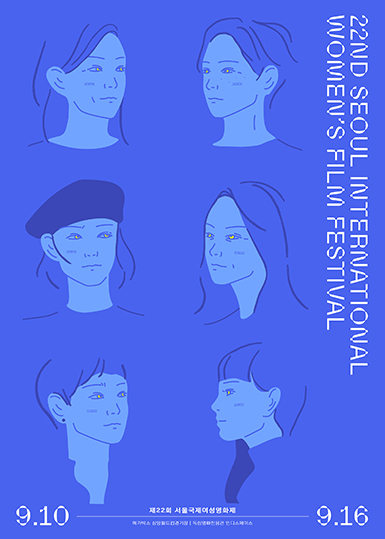 See the World through Women's Eyes!

This year’s Seoul International Women’s Film Festival focused on strengthening the program by thinking more deeply about the activities of female creators, the space called the theater, and the meaning of the audience who supported and cherished the film festival amid the unprecedented crisis of COVID-19. The reason why the slogan of the 22nd Seoul International Women’s Film Festival is ‘Mutual Gaze’ is also an expression of the heart to not forget the friendship toward one another despite the harsh reality and the controversy over feminism. In the same context, we are creating an opening film with women filmmakers under the name of ‘Mutual Gaze: Women Filmmakers Support Fund.’ As film festivals participate in the #SaveOurCinema campaign to recover the independent art theaters in jeopardy due to COVID-19, we have added independent film theater Indie Space as a screening venue along with the existing MEGABOX SangamWorldcup. By following the quarantine rules thoroughly, we would like to continue our precious experience of watching films and talking about them in the common space, the theater. In addition, major program events of the film festival can be viewed on Naver TV channel and the film festival’s official YouTube channel.

As they sympathize with the intention of the planning of this year’s opening film project, and wave, an internet-based unlimited broadcasting and film service, participates as a sponsor. After some deep thoughts with the filmmakers, the film festival decided to screen some of the film festival screenings online on wavve during the film festival period in order to allow the completed films to meet more audiences. The opening film will be free at both theaters and on wavve and even after the closing of the film festival, wavve will provide free service for one month. The screening list on wavve includes a number of Asian Shorts, a competition program and section that represents the Seoul International Women’s Film Festival. As this section has always received great attention and love from the audience, we hope to meet more audiences through online screening beyond the limitations of offline platform.

Major program events at the film festival that cannot be missed

First ‘Linkage: Director X Critic’ is a new section of the film festival critically highlights the selected 7 Korean women filmmaker films that were released or produced last year and this year. By expanding the meaning of ‘linkage’ called ‘connection,’ it attempts to reinforce the discourse of films by viewing the films of contemporary Korean women filmmakers in cinematic history and re-reading them with a sense of cultural history. After the screening of 7 films at respective theaters, a video interview with the director of each film, film critics, and cultural arts writers will be released through the film festival online channel.

The Seoul International Women’s Film Festival has selected the most urgent women’s agenda every year, screening related films and setting up forums for intensive discussion. In this year’s ‘Polemics Forum: Translating Testimony and Verbal Statements - Discussing History of “Comfort-Women”-Related Movement’ attempts to reconstruct issues raised when the centrality of military sexual slavery has been disintegrated from the feminist perspective. In particular, it will examine how the structure of wartime sexual violence, victims’ testimonies, and verbal statements have been translated and communicated on multiple levels.

Moreover, in Ann HUI retrospective section, ‘Special Talk: Hong Kong, a City in a Flux and Ann HUI’s films’, researchers and critics of women’s films will discuss the highly regarded films of director Ann HUI, who is a leading figure of the Hong Kong New Wave and has ceaselessly captured the various lives of Hong Kong with daring and insightful perspective for the past 40 years.

Directors YI Okseop of Maggie and YU Eunjeong of Ghost Walk, who both released their first feature films last year, come together for this special talk. ‘Director vs. Director: The Door of Cinema Opens’ allows the audience to reexamine the scenes as both directors transform ordinary time and space into a world filled with suspicion, mystery, and thrill using their cinematic imagination. In this special talk, both directors ask and answer questions about their film-making process and cinematic attempts. It will be a great opportunity to take a look at the creative process of the two talented directors who have opened the doors to their own cinematic world.

Lastly, Feminista, which started at the 17th Seoul International Women’s Film Festival, has played an active role in promoting film festivals and film festival screenings close to the audience every year. Again this year, a talk program with actor KIM A-Joong, the 1st and 2nd Feminista’ will be held under the name of ‘Star Talk: KIM A-Joong X BYUN Youngjoo.’