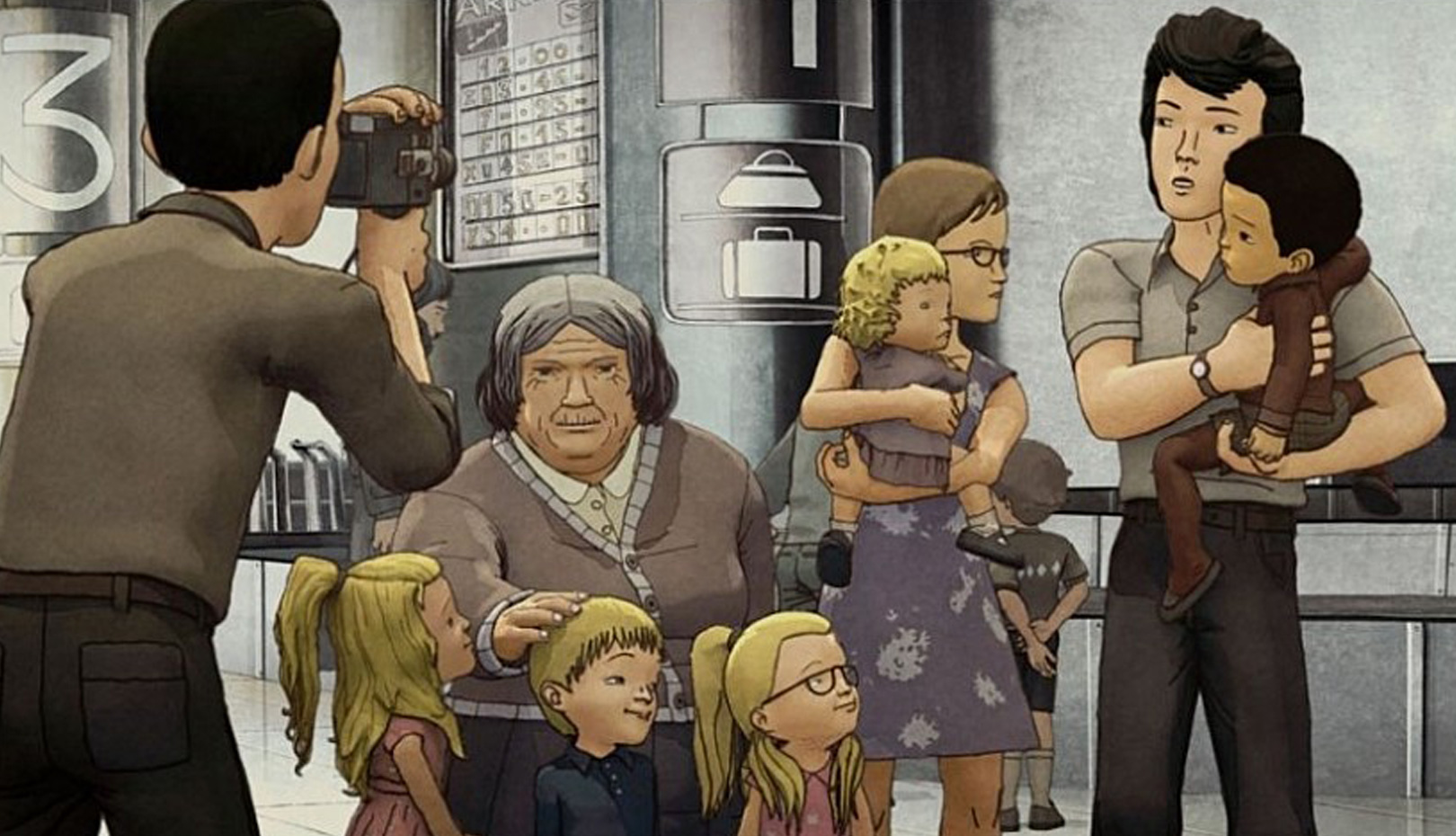 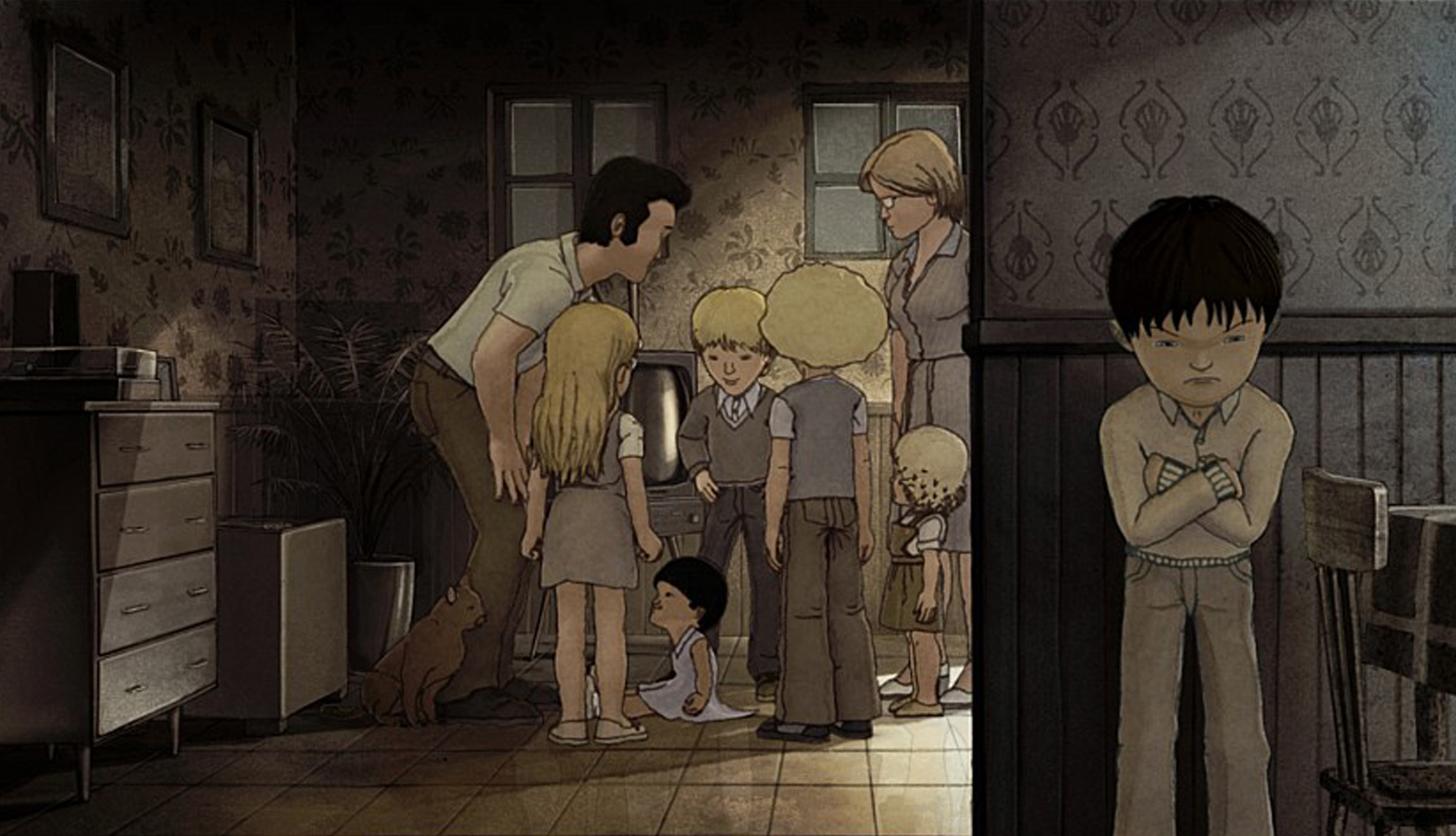 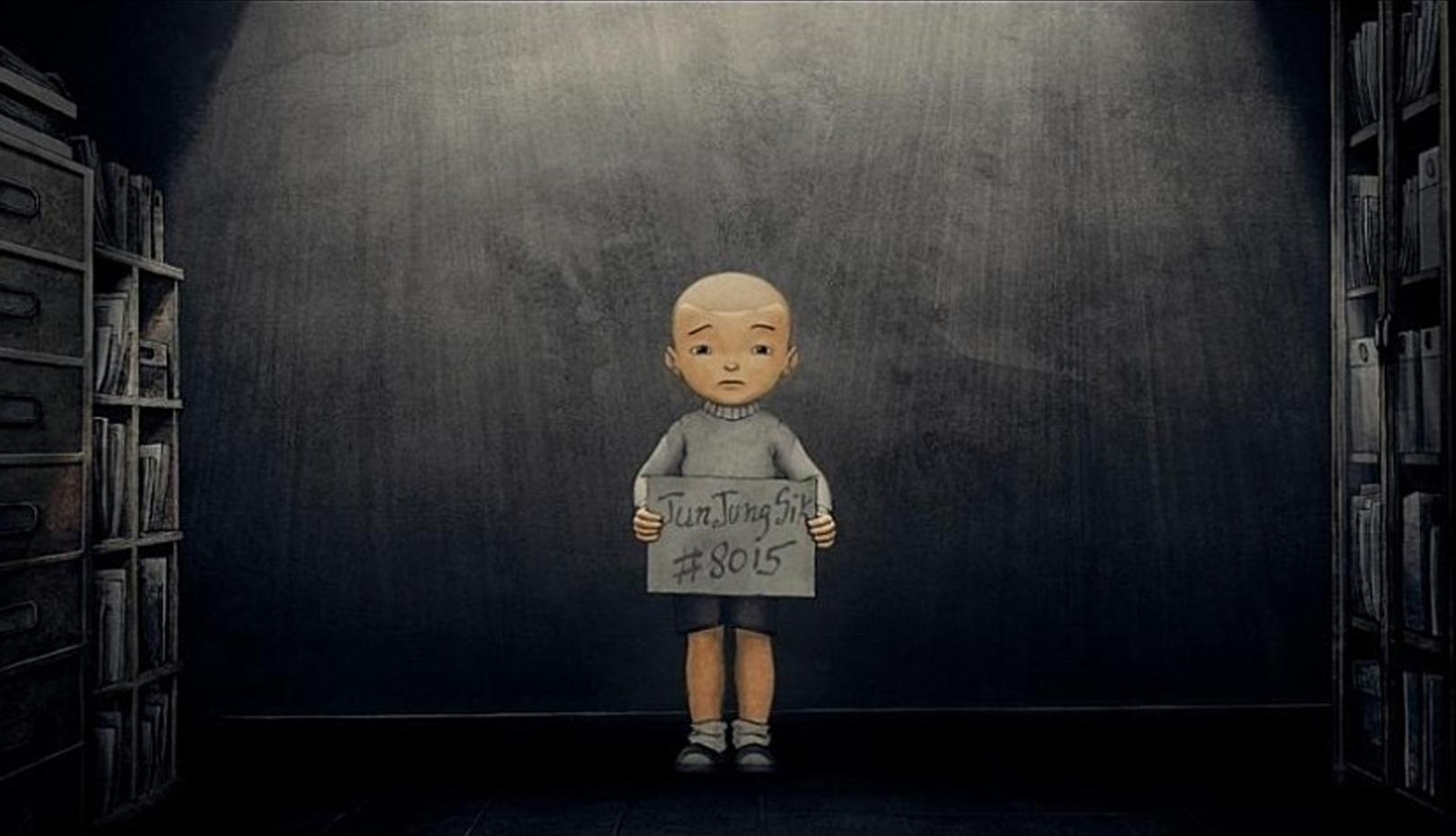 Jung is a Korean-born Belgian who was adopted by a Belgian family. He was a troublemaker, and his adoptive mother called him 'rotten apple'. Jung failed to get his parents' interests and was scared to be forgotten. The film is an aching story of growth for a man who has gone through the scars of abandonment.

Korean name - JEON Jungsik. Belgian name - Jung HENIN. Born in 1965, an orphan, adopted to Belgium in 1970, an illustrator and graphic novelist. These are a few keywords to understand Jung HENIN, the co-director of this film, and the writer of the original graphic novel of the same name. After being adopted to a Belgian family, the account of his formative years is the content of graphic novel-turned-film, Approved for Adoption. The first volume came out in 2007, the second in 2008, the third in 2013, and the fourth in 2016. The series still continues. The animated version covers the first and second volumes of the series, which includes the puberty period. Meanwhile, the animated film is not just an exact adaptation of the printed graphic novels. It incorporates Jung's trip back to Korea, and his impressions of the trip. The film describes Jung's wild and erratic days as an Asian kid in Belgium, while the sentiments and recollections Jung feels during his stay in Korea adds another layer of meaning as a double outsider. The experience is juxtaposed on top of his otherwise rather typical story as a young man searching for meaning. The film's appropriation of multiple presentation formats, such as 2D illustration and 3D animation, as well as live action, corresponds with the multi-layered characteristics of this film in a formalistic way as well as in a thematic way. [LEE Yumi]