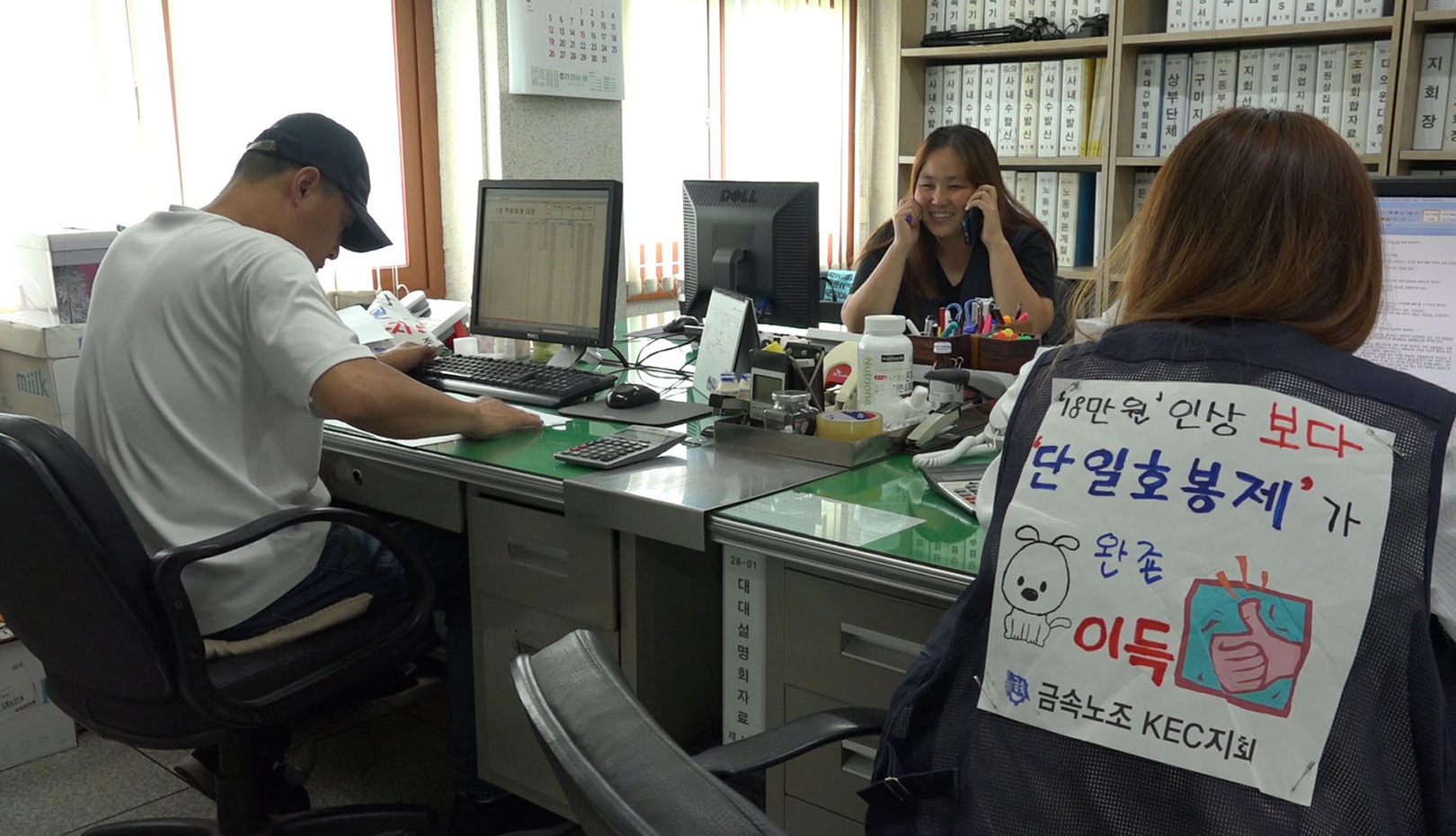 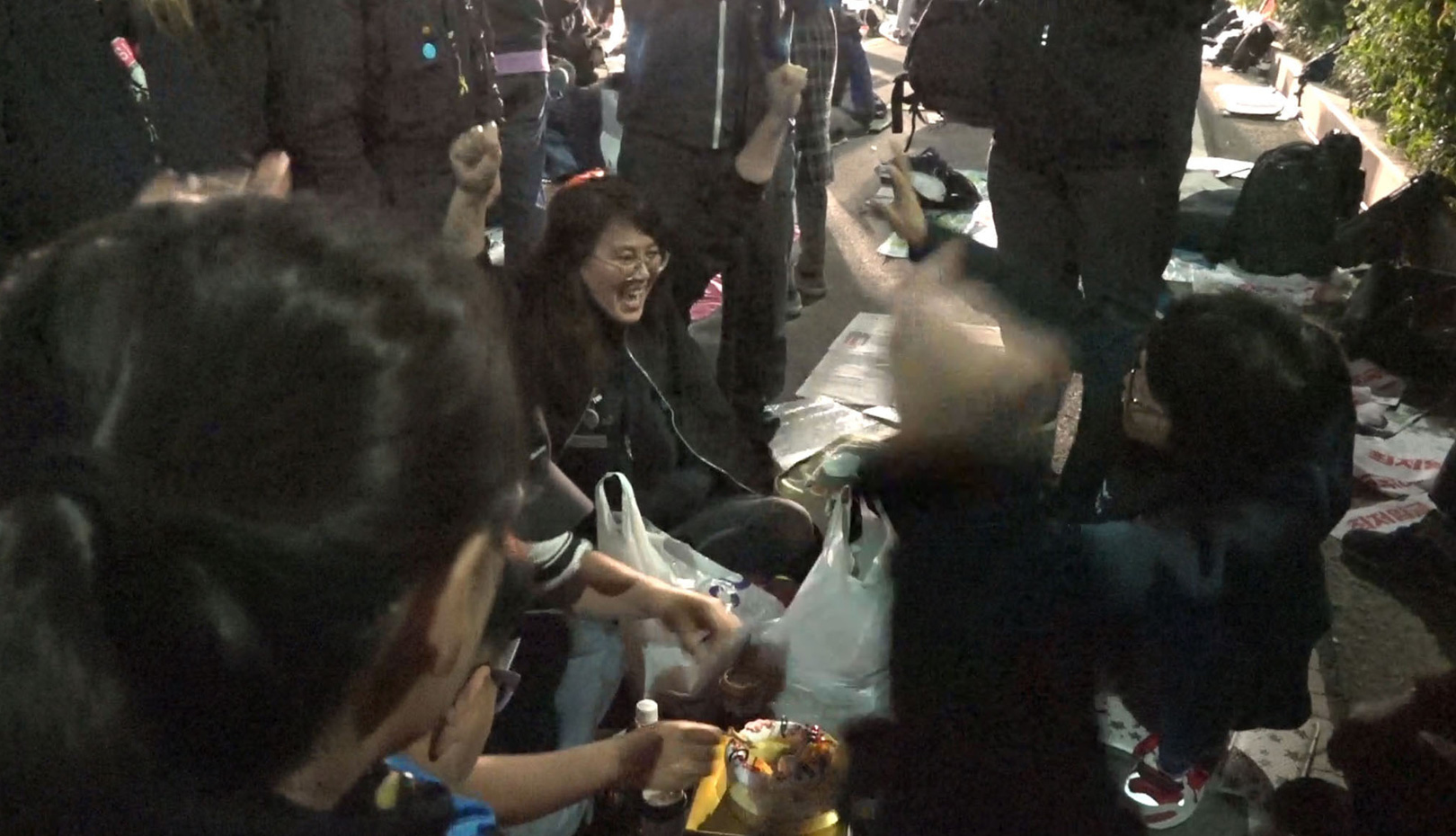 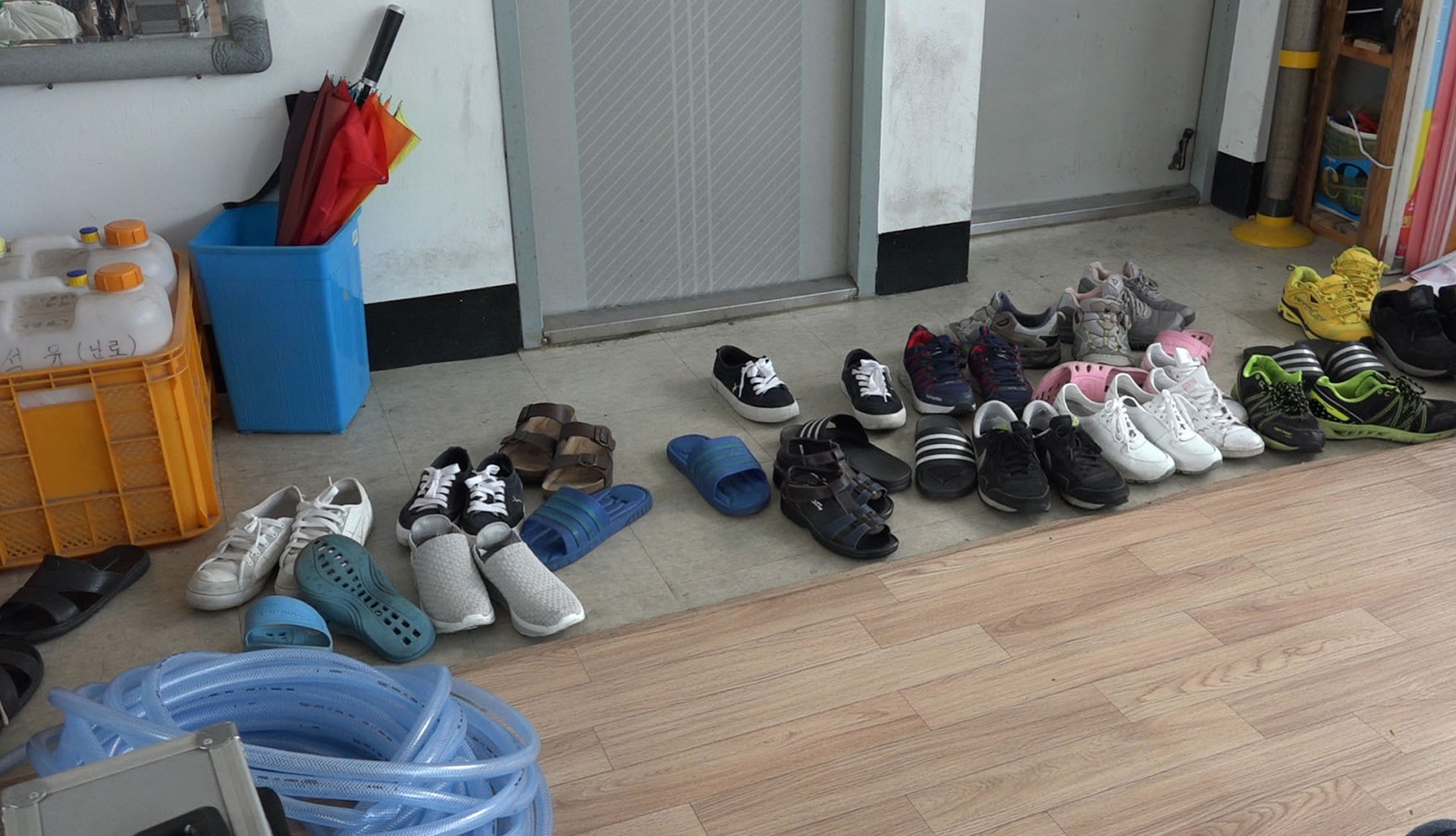 This is a story behind the article, "KEC, concluding a peaceful no-strike in wage and collective bargaining for eight consecutive years."

The film begins with scenery, and the rain tapers off. LEE Jonghee, the branch officer of the KEC Metal Workers' Union gets a cake and says with a convoluted look that she couldn't sleep because she was worried it would rain. Was the worried look LEE had while looking at the rain out the window how she felt? Or was the camera relaying it on her behalf? Moments of 'education' follow. The camera zooms in or moves around in different parts. It's quite random the way it brings boring union training to life in order to explain the labor laws or the meaning of KEC's fight. On the other hand, the camera shows people preparing food, or posts on the wall of the union office rather than the content of the training — the posts that aren't necessarily related to the labor collective agreement. The camera doesn't speak on behalf of the union members nor does it summarize something to the audience from an omniscient view. As Trinh T. MINH-HA says in //Reassemblage/, the camera of //Flag, Blue Sky, Party/ is 'speaking nearby' rather than 'speaking about'. It's meaningless to ask its distance with the subject (intimacy or literal distance) according to the conventional documentary theory — what was revealed to its eyes and what drew its attention are simply 'spoken nearby' the subject. This creates a new 'nearby' position that doesn't coincide with the perspective of the outsiders or the audience. [HWANG Miyojo]