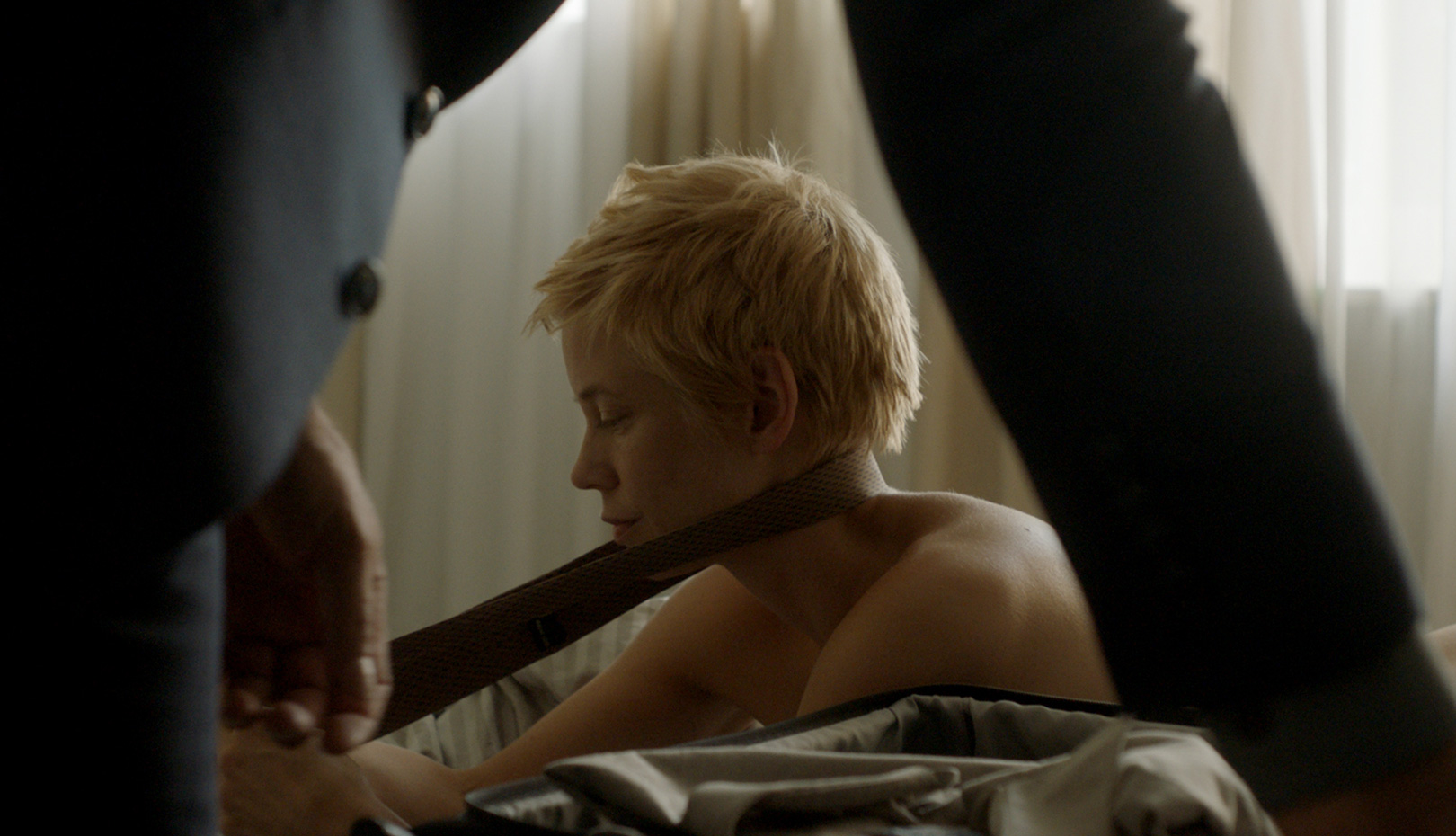 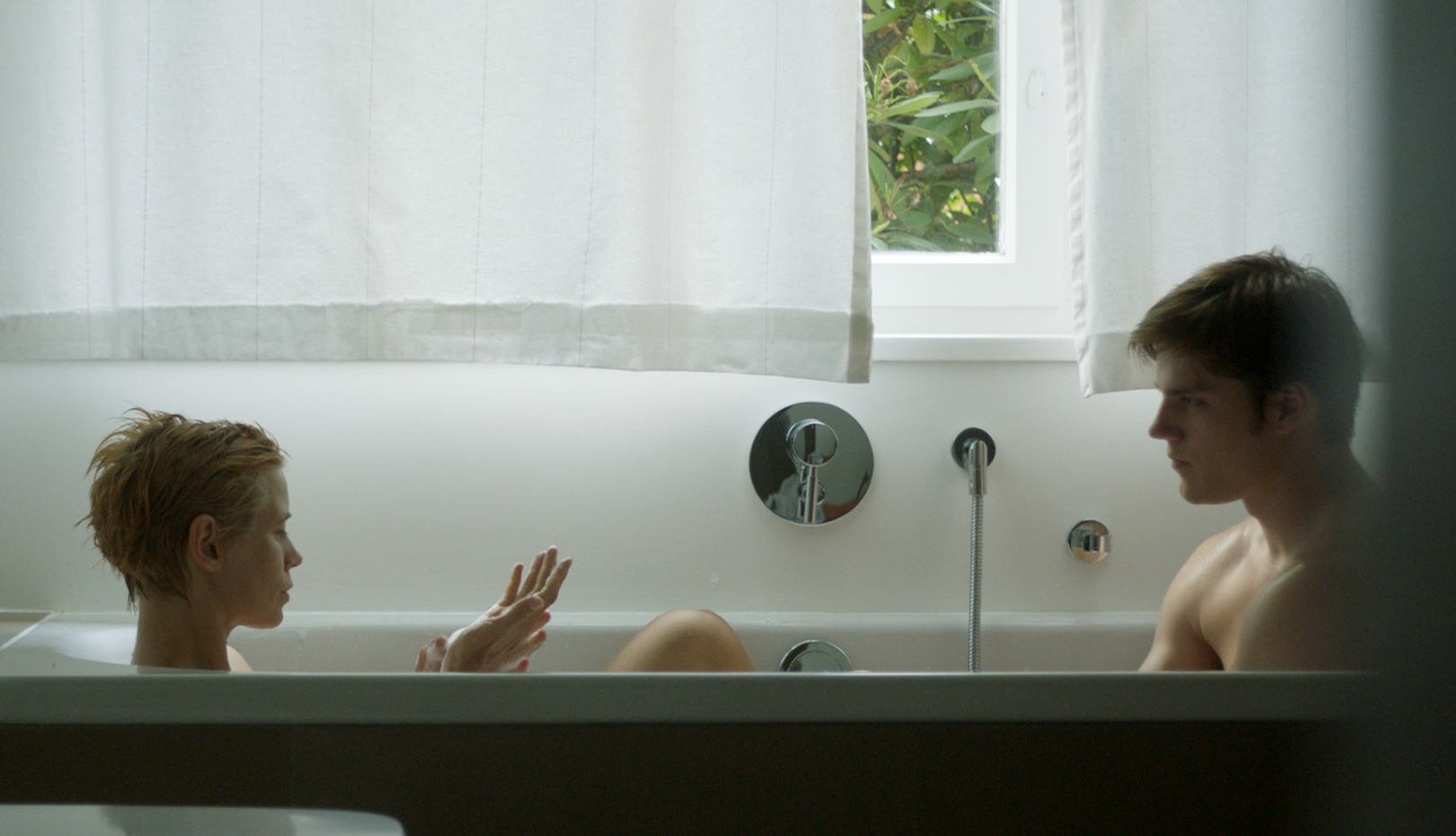 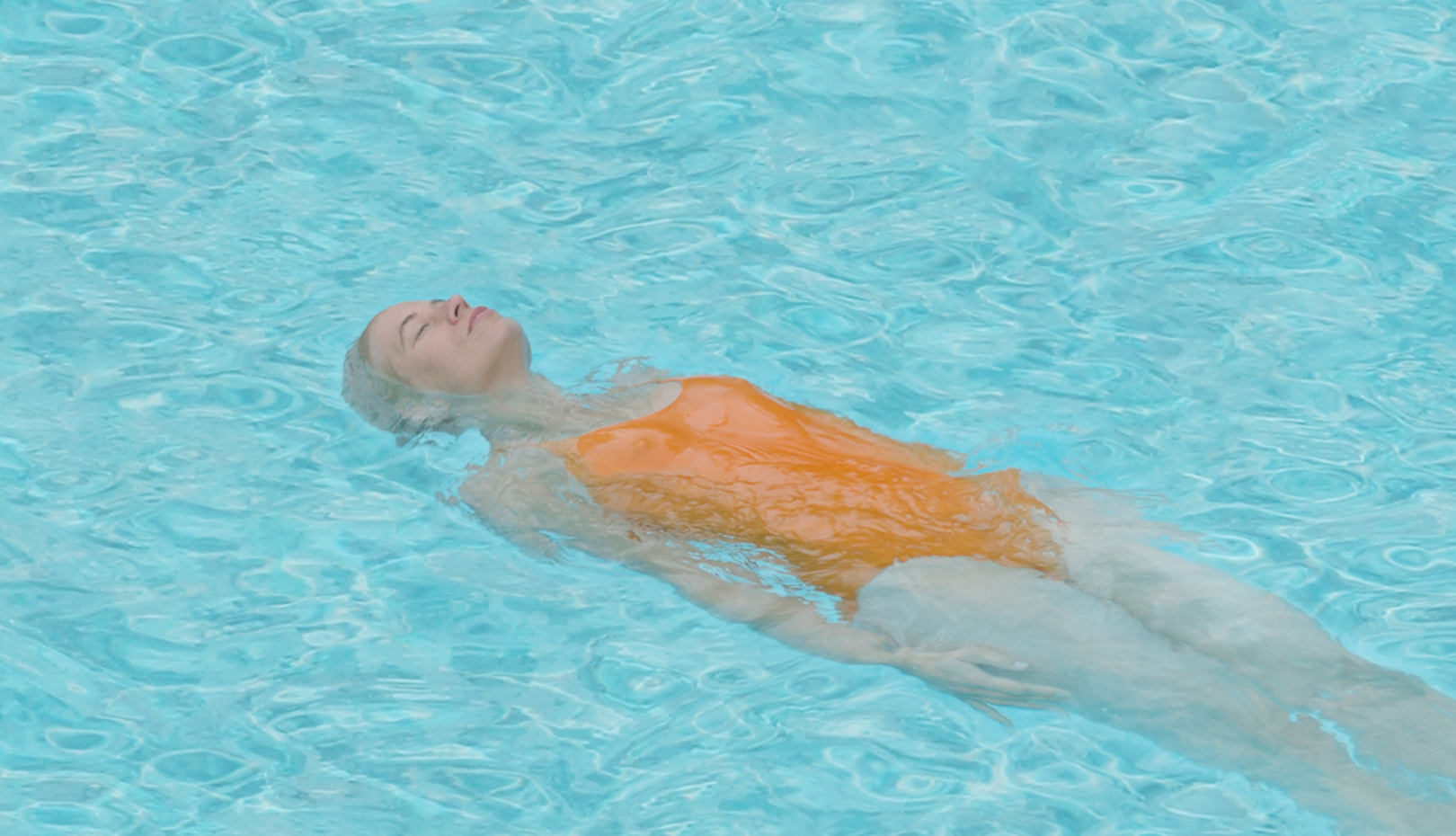 A Fish Swimming Upside Down

Andrea, a woman without a past - playful, straightforward, ethereal, vivacious, candid, unpredictable. Her new boyfriend Philipp and his son Martin love Andrea. Andrea's presence shall fill the void that Hannah's death has left in their hearts, the recently deceased wife and mother. A summer of fulfilled passion begins. But the inner emptiness of each individual soon demands for consolation, commitment and, not least, security. To possess becomes an urge. Love is suppressed by fear and present daily life is being suffocated under the weight of tomorrow.

Andrea, a teacher of autistic children, moves in with her boyfriend Philipp. In the house is Philipp's son Martin, a college student who is mindful of his mother's absence. As Philipp is often away due to work, Martin spends more time with Andrea and falls in love with her. Their secret romance crosses the borders of love and jealousy. Martin is possessive of her, but Andrea acts naturally between the father and the son. The gap in the romance slowly makes a crack in Martin and Andrea's relationship. Dealing with a father-son love triangle, the film calmly keeps its tone and vividly reveals swirling emotions. Restrained dialogue and minimal mise-en-scène combine to create an uneasy, icy surface that covers complicated, fiery emotions between the father and the son and between the two crossed couples. Andrea, at the center of the love triangle, remains cool without any sign of emotional unrest. A housekeeper observes the secret love triangle. Andrea's emotionless face and the housekeeper's uncomfortable gaze turn this melodrama into a thriller. Director PETROKOVA shows her skill of keeping the narrative and tension in a limited space without many events with four characters. The film was invited to Perspektive Deutsches Kino (Perspectives on German Cinema) at the 2020 Berlinale. [WOO Hyekyung]